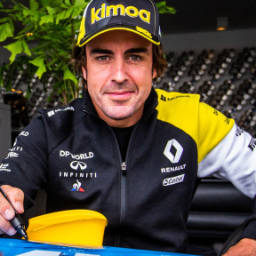 Fernando Alonso is a Spanish racing driver currently racing for Alpine in Formula One. He won the series' World Drivers' Championship in 2005 and 2006 with Renault, having also driven for McLaren, Ferrari and Minardi. With Toyota, Alonso won the 24 Hours of Le Mans twice, in 2018 and 2019, and the FIA World Endurance Championship in 2018–19. In 2019, he won the 24 Hours of Daytona with Wayne Taylor Racing. 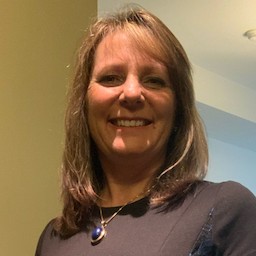 Kristen sits on the Motorsport Australia Board as the elected Director for South Australia and the Northern Territory. Kristen as a grass-roots competitor brings many years of experience in administration and competition in Motorsport. 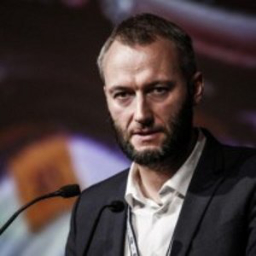 Adam studied Engineering in Melbourne, where he also completed post-graduate studies in Law. His career began at Holden in Australia in 1998, working high-performance road car projects for Holden Special Vehicles. His work there introduced him to the parent company Tom Walkinshaw Racing who offered him the chance to work in motorsport full-time. Adam started at TWR in 2001, where he worked in the Indy Car Series in the United States.

In 2002, Adam switched to Cosworth, moving to Formula 1 and spending one season with Arrows, Jordan, and Jaguar. In 2005, Adam joined BMW in Munich and worked in several roles within BMW-Williams, and later BMW-Sauber. Adam eventually became the Head of the Race & Test department for the F1 powertrain.

After eight seasons working trackside in F1, Adam moved to the BMW World Superbike team. A year later, he became Head of Powertrain Development at BMW Motorsport before moving trackside again to lead the Race & Test department for five years. He was responsible for the racing activities across all BMW Motorsport projects, including WEC, Formula E, and DTM.

In 2018 Adam joined the FIA as Safety Director, responsible for preventing fatal and serious injury in all forms of motorsport. 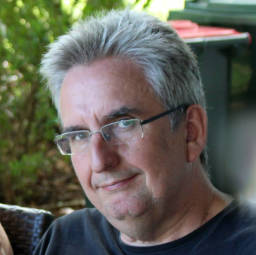 John is a Motorsport Australia Steward and appointed as a Tribune. He has competed in the past at club level and worked with Neal Bates Motorsport in guest hosting and sponsor experience.

Jacky is an Adjunct Assistant Professor at Accident & Emergency Medicine Academic Unit, Faculty of Medicine, The Chinese University of Hong Kong. He is also the Medical Team Coordinator for the Hong Kong Automobile Association. Jacky was part of the team to coordinate medical services for Formula ePrix Hong Kong 2016, 2017 and 2019. Jacky is involved in the development and deployment of Virtual Reality medical and safety training systems. 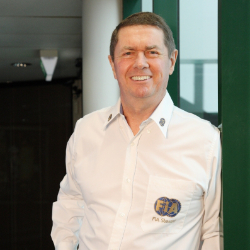 Gary Connelly was widely known as a rally driver, competing in the World Rally Championship for a long time. He helped to bring the rally championship to Australia and was on the board of organisers for the event. He also held the position of Clerk of the Course for Rally Australia, stepping down in late 2002.

As a member of the World Motorsport Council for the FIA, and a director of the Institute of Motorsport Safety in Australia, Connelly can take an overview of how motorsport is shaping up. He also delves into the details for Formula One, having been an FIA Observer and a Steward since 1989. He undertakes those roles in the World Rally and World Touring Car Championships as well. 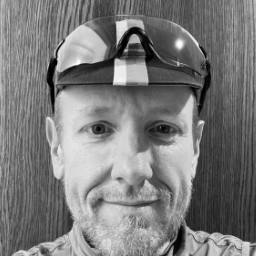 Matt is a Colorectal Surgeon based in Melbourne and has been involved in motorsport medicine for 23 years. His main interest lies in Rallysport, but he has also been active in circuit events, tarmac rallying and desert racing. Matt is currently the CMO for Rally Australia, Assistant CMO for the Melbourne F1 Grand Prix and Chair of the National Medical Advisory Committee for Motorsport Australia.

In his spare time, Matt enjoys torturing himself on bicycles and spending time with his young family. 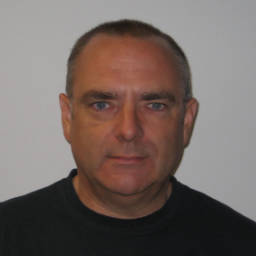 Roland has extensive automotive business experience in the UK and Australia. Roland was the founder of the Park Lane (UK) vehicle acquisition business in the UK some 30 years ago. 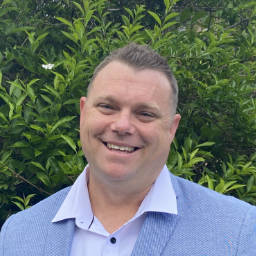 Ash Dunbabin is a Product Manager with extensive experience building and delivering IT Products with compelling user experiences.

Ash has a passion for motorsport and is utilising his unique Product knowledge to deliver a critical tool to improve safety in motorsport via the Crashtag Platform.

Feature Presentation: Crashtag - what started as a simple idea morphed into an Internation Project. 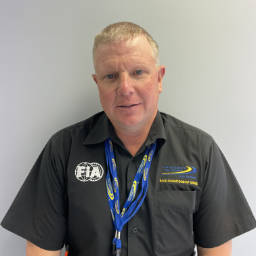 Craig is a Motorsport New Zealand Official with 20 years of experience. During the past 16 years, he has been a member of the MSNZ Race Championship Management team filling several roles.

Craig has held the position of Race Director for the New Zealand championship for Toyota 86, Formula Ford, V8 Utes and V8 touring cars. Craig is the Clerk of the Course for the Supercars round in New Zealand and held this role since 2013.

Craig is also a Steward and a Competitor Relations Officer, and last September, Craig was appointed Motorsport New Zealand Chief Clerk of the Course. 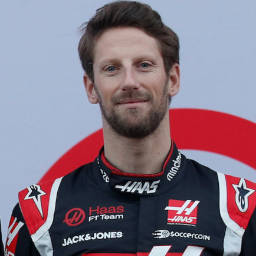 Romain Grosjean is a racing driver with French-Swiss nationality due to compete in the 2021 IndyCar Series with Dale Coyne Racing. Grosjean had previously spent nine seasons in Formula One for a variety of teams, picking up 10 podiums. 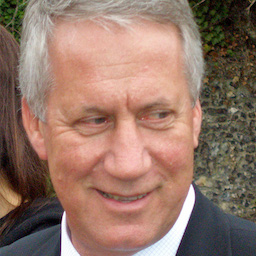 Dr Rik Hagen started medical life as a country GP in Harvey, Western Australia, where he practised for 12 years.

For more than 20 years, he has worked as an Emergency Doctor in the Emergency Department of St John of God Hospital at Murdoch. During that time, he has also worked a total of 8 years half time at the Royal Flying Doctor Service based in Perth and has also been a Clinical Skills Tutor at the University of Notre Dame in Fremantle. 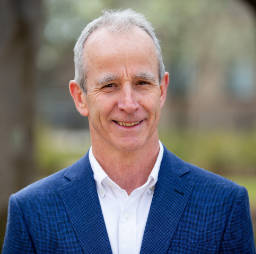 Dr David Hughes is a Sport & Exercise Medicine Physician with over 25 years experience working in high performance sport. He is currently Chief Medical Officer of the AIS and Medical Director for the Australian Olympic Team for Tokyo 2020/2021. David is the Chair of the Federal Government’s COVID-19 Sport and Health Advisory Committee and is a former President of the Australasian College of Sport & Exercise Physicians (ACSEP). 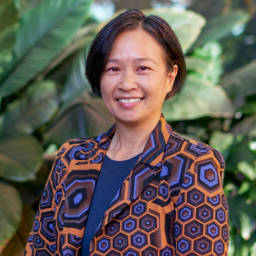 Karyn is an advocate for female participation in motorsport and was a committee member with Women of Australian Motor Sport (2015-2018, Deputy Chair 2018) and the Australian Women in Motorsport Commission (2019-2020).

Karyn developed and coordinated the Trans-Tasman Supercars female officials exchange and is passionate about health and safety within the motorsport community. 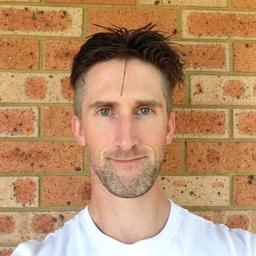 Matthew is an Intensive Care and Emergency medicine specialist who works as a motorsport doctor from trackside to race control and club level to world championships, including circuit, rally and off-road endurance categories. He is the Deputy CMO for both the Australian F1 GP and WRC.

Matthew has engaged as an online educator and knowledge disseminator for critical care and motorsport safety through sites such as Rollcage Medic, the Intensive Care Network, Life In The Fast Lane and conferences such as SMACC and the forthcoming Games4Change: Asia-Pacific.

He is the co-host of the ICMS Cafe with Dan Marin, an AIMSS board member and co-editor for the FIA's AUTO+Medical. For laughs, Matthew is a 3D printing tinker, mountain biker and drummer. 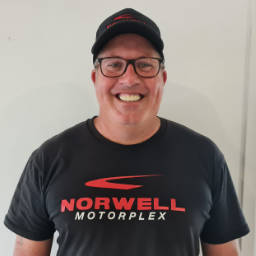 Paul is a highly successful racing driver and businessman. He has been competing since 1987 at all levels of motorsport. He won the Bathurst 1000 in 2014.

Paul is also the owner and operator of the highly successful Norwell Motorplex, located in Logan Shire between Brisbane and the Gold Coast. 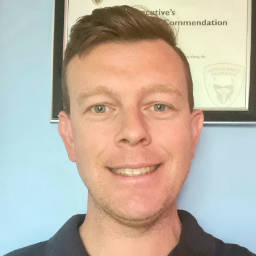 Mal is a father of two boys and has worked around motorsport as both a volunteer and professional since he was 16 years old.

Mal has worked in all manner of land and water-based motorsport from grassroots lawnmower racing to international category drag, rally, safari, circuit and ocean racing. 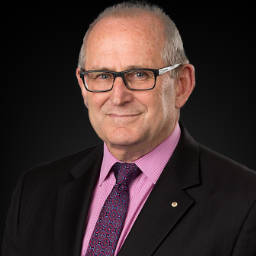 In 1998 Dr Myers created the Re-Engineering Australia Foundation to engage students into STEM career pathways through programs like F1 in Schools. 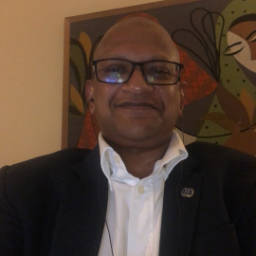 Niroshan is passionate about grassroots motorsport in Sri Lanka and has been actively involved in its development during the last 20 years. 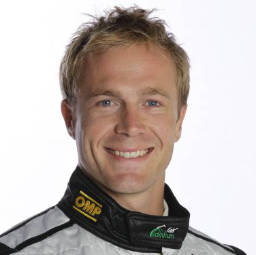 Karl Riendler is an Australian Racing car driver who has competed in Supercars, Formula 3, A1 GP and much more. 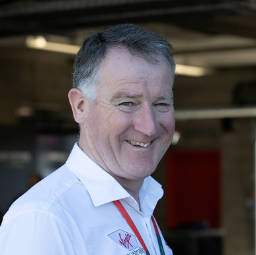 David Stuart is the current Division Manager – Safety and Race Operations for Motorsport Australia, with over 25 years of experience in the industry. David holds an engineering degree and mechanical engineer qualifications and spent 15 years as an Engineer and in Team Management of Supercars Championship teams covering all technical aspects.

David has acted as race engineer for the likes of Shane van Gisbergen, Alex Davison, Jason Bright, Will Davison and Dick Johnson Racing.

Feature Presentation - The Cost of Counterfeit 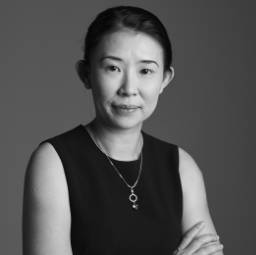 In early 2020, Janette was selected as the winner of the inaugural Charlie Whiting Award. The Charlie Whiting award is for future Race Directors to hone their skills by understudying and tapping on the various FIA International Race experience Directors.

Janette is the Deputy Clerk of the Course for the Singapore Grand Prix and the Head of Department for Race Operations at Singapore GP Pte Ltd. On top of managing approximately 900 volunteers and officials daily, Janette coordinates all matters relating to the Singapore F1 Race.

She has been a volunteer for local motorsports since 2005 and is still actively involved in our local Singapore race series. 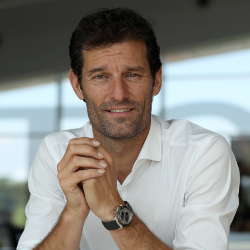 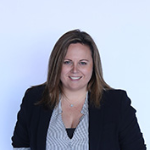 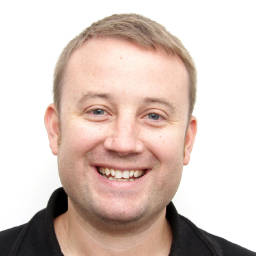 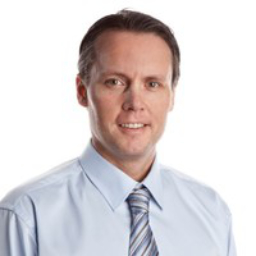 Kate Smailes is a highly experienced and passionate event, sponsorship and account management professional with over 18 years experience. As a senior producer and account director, Kate oversaw a range of clients such as Toyota Australia, Lexus Australia, Hino, Symantec, Toyo Tires and Australia's Best Cars. Kate is currently Executive Director at Red Havas.

Sam Michael worked in Formula 1 for 21 years, covering all aspects of racecar design and engineering for Lotus, Jordan, Williams and McLaren. As Technical Director at Williams and Sporting Director at McLaren, he also contributed to the FIA Technical and Sporting Working Groups. Today, Sam is a director of AIMSS and is also their representative on the FIA Research Working Group.

Sam is now the CEO of a software company applying machine learning to the optimisation of maintenance in capital intensive industries.

Lisa Skaife worked in professional motorsport in Australia, the UK and Europe for 20+ years. Since 2012 her focus turned to road safety, designing & developing the World’s first simulation game to teach kids how to drive online – described as “potentially the best road safety development since the 3 point safety belt”.