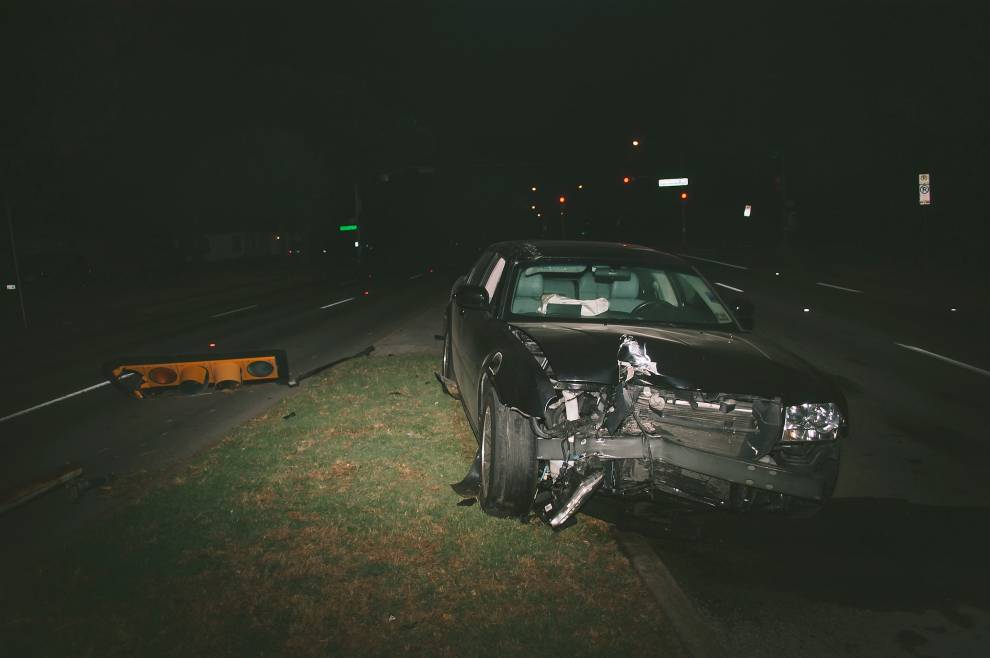 This report summarises the methodology and results of the AIMSS-commissioned study into the association between advanced driver training, participation in motor sport and crashes on public roads. The study was conducted by the Queensland University of Technology in 2017 and consisted of a literature review followed by an online survey and statistical analysis. The literature review provided an overview of existing evidence, helping to shape the questions included in the online survey.

Reviews of driver training programs for specific populations, including heavy vehicle training and licensing and motorcycle rider training, were excluded.

Although research on pre- and post-licence driver training is abundant, there is limited to no evidence to show that technical skills acquired from driver training has a direct effect on reducing road crash risk. Rather, evidence shows that the combination of acquired technical driving skills, frequent engagement in driving practice, and desires to develop and engage in safe driving behaviours is more important in reducing road crash risk than acquired technical driving skills alone. Graduated driver licensing systems with components that delay time to full licensure and impose driving restrictions on learner and probationary licence drivers have been shown to be effective in reducing road crash risk in young drivers.

Post-licence driver training that specialises in teaching technical driving skills has been shown to be counterproductive to improving on-road safety, but there is some limited evidence that training that focuses on teaching higher-order cognitive skills promotes safe driving behaviours. Cognitive driving- skills training focuses on teaching visual and mental skills, such as detecting on-road hazards and developing safe driving behaviour. These findings suggest that driver training that teaches cognitive skills, encourages mastery of driving skills, and promotes safe driving behaviours are more effective at reducing crash risk than driver training that only teaches technical skills. Previous reviews of these studies, however, have highlighted that evaluations of driver training often have methodological issues such poor sampling, inappropriate control groups, short evaluation timeframes, reporting bias, and failure to control for important confounding factors in the analyses. These methodological issues may weaken the validity of findings, or not provide enough robust evidence to draw reliable conclusions.

Evidence from the scientific literature indicates that motor sport involvement and high sensation- seeking tendencies are positively associated with engaging in risky on-road driving behaviours and reporting of driving offences, especially speeding. Research has also consistently shown that men are more likely than women to be interested in motor sport. However, there are too few studies to date that have examined the association between motor sport involvement and on-road safety to draw reliable conclusions about these associations. In most of these studies large amounts of missing data have been noted. Furthermore, most studies have not controlled for important confounding factors, such as exposure (time spent driving or distance driven on public roads), demographic characteristics of the population beyond age and gender (e.g., socio-economic status), attitudes about driving, and specifics about motor sport involvement, such as frequency, level of experience and knowledge, and participation in specialised motor sport driver training. Only a few studies have used complex statistical modelling (e.g., path analysis) to examine associations between motor sport and other factors and crash risk. Studies have also not examined the ‘dose’ or type of motor sport involvement that could affect road safety. Therefore, future research that addresses these methodological concerns is needed to better understand the association between motor sport participation and road crash risk after accounting for other important influences on crash risk.

A study of the associations between advanced driver training, involvement in four-wheeled motor sport, and crashes on public roads

In the second stage of this project self-report data were collected to answer the question of whether there is an association between crashes on public roads and advanced driver training and/or motor sport participation.

Data were collected via a cross-sectional online survey from Australian adults who regularly drive on public roads in Australia. The survey was based on key learnings from the literature review, which also provided validated tools to measure attitudinal variables. Two variables were used to measure exposure to driving: average kilometers driven per year and hours typically driven per week on public roads. Risky driving behaviours and driver aggression were assessed using questions from the Driver Behaviour Questionnaire (Parker et al, 1998) and Self-Report Driver Aggression Questionnaire (Hennessy & Wiesenthal, 2001). Respondents were asked to report crashes that occurred over the past 5 years involving damage of more than $1,000 or injury to a person, and also to report offences/infringements over this same period. Participants’ attitudes to speeding were measured using the Attitudes Towards

Speeding questionnaire (Tranter & Warn, 2008), while the Risk-Taking Propensity scale (Donovan, 1993) was used to measure propensity to engage in risk-taking behaviours.

Most respondents were at least 45 years of age (64%) and male (85%). One-third held bachelor’s degrees (33%), and over half worked full-time (56%). Most lived as married or de facto couples (72%) and over half (58%) were living in capital cities. There were notable differences in the demographic characteristics between some participant groups:

Most respondents reported driving under 20,000 km/year (58%) and driving less than 20 hours per week on public roads (83%). Statistically significant differences in driving exposure were noted between groups (Figure 1). Most respondents had an open driver licence (87%) with just 2% having a probationary or learner driver licence. When asked to report on other licences held, 13% reported holding a motorcycle licence; 17% of the motor sport participant group held a motorcycle licence compared to 11%, 11% and 6% in the ADT graduate, RACQ control group and SSI control groups, respectively.

Considering driving infringements, 28% of respondents reported being cited for at least one driving offence/infringement in the past 5 years (Figure 2). The most frequently reported offence was speeding (26%), followed by failing to stop at a red light (2%) and using a mobile phone while driving (1%). There was no statistical correlation between the number of driving offences/infringements and being a driver in a crash.

Motor sport participants had a slightly higher score on the Attitude Towards Speeding questionnaire (mean score 3.31, sd 0.94) than other participant groups (mean scores between 2.61 – 2.76), indicating that overall they were marginally more accepting of speeding. There were no differences between participant groups in terms of their attitudes towards risky driving behaviour. All groups had, on average, a negative attitude towards risk driving behaviour. Overall, the Risk-Taking Propensity Scale was low for all participant groups (mean 1.16, sd 0.30 on a scale of 1 to 3); however, motor sport participants were slightly more likely than other groups to report that they engaged in risky behaviours.

Among respondents who drove the least (fewer than 10,000 km/year) and respondents who drove the most (at least 20,000 km/year), those who were motor sport participants had no increased or reduced likelihood of being a driver involved in a crash in the previous 5 years compared, with other drivers. The same results held in comparisons with the two different control groups. No demographic factors (e.g., age, gender, education, employment status, area of residence), attitudinal or behaviour factors (e.g., having a competitive attitude towards driving or engaging in risk-taking behaviours) or licensing factors (e.g., holding an open licence, probationary licence or learner’s permit) had a meaningful effect on this association.

Similar to motor sport participants, ADT graduates were compared to the two control groups in regards to their likelihood of being a driver in a crash in the previous 5 years. To be included as an ADT graduate in these analyses, respondents had to have attended an ADT program at least 5 years before completing the survey to ensure participation in ADT occurred before a reported crash. Also, respondents could not be motor sport participants.

Among respondents who drove the least (fewer than 10,000 km/year) and those who drove the most (at least 20,000 km/year), there was no increased or reduced likelihood, for ADT graduates compared with other drivers, of being a driver in a crash in the previous 5 years. No demographic factors (e.g., age, gender, education, employment status, area of residence), attitudinal or behaviour factors (e.g., having a competitive attitude toward driving or engaging in risk-taking behaviours) or driving licencing factors (e.g., holding an open licence, probationary licence or learner’s permit) had a meaningful effect on this association.

A similar result was obtained for the group of ADT respondents who drove between 10,000 and 20,000 km/year; there was also no increased or reduced likelihood of between being a driver involved in a crash in the past 5 years compared to either control group.

Finally, an analysis was conducted to learn about the factors that are associated with ADT that could be related to being a driver in a motor vehicle crash in the previous 5 years. In the group of ADT graduates, only one factor related to the training was associated with being a driver in at least one crash: having had at least 8 hours behind the wheel of a motor vehicle during ADT taken before receiving an open licence was associated with a 2.6 times lower likelihood of having a crash.

A limitation of the survey was that respondents were not asked to indicate whether they were at fault for any crashes that they were involved in, and there was no attempt to determine the severity of the crash. To understand whether the results could have been different if the outcome variable had been more narrowly defined, a new outcome variable representing ‘potentially at-fault crashes’ was created by recognising that if a respondent had been a driver in an at-fault crash, they would have likely received a police citation. However, this new outcome could not exclude individuals who received a police citation for an incident independent to the crash, and as such, some crashes classified as potentially at-fault may not have actually been at fault. With this new variable as the outcome variable, the results for the association between motor sport participation and likelihood of a crash in the previous 5 years did not change in a meaningful way, no matter the amount of driving per year. In the ADT analysis of drivers who drove at least 10,000 but less than 20,000 km/year this new outcome variable lead to a different result: the ADT graduates who drove this amount were more likely to be drivers in potentially at-fault crashes compared to the SSI control group. In contrast, ADT graduates who drove this amount were no more likely to be drivers in crashes than were drivers in the RACQ control group.

The analysis of the association between ADT and crashes only included participants who graduated from ADT programs more than 5 years before the survey. This was to ensure that any reported crashes occurred after the ADT; however, this criteria meant the impact of ADT in young drivers could not be assessed. Further studies could address this by asking for more specific information about the date of ADT graduation if it was within the previous 5 years.